I’ve used POR-15 for years to prevent or stop rust. The coating is a bit flexible and doesn’t get damaged easily. When it gets scratched, only the scratch will rust and the rust won’t penetrate under the covered area. It’s available in black, gray, silver or clear. The clear POR will yellow over time though, but that doesn’t effect the quality of the coat. I did a test in the past using a bare piece of metal, coating it and scratching the coat on purpose. I left it in a wet environment (a sink that’s used regularly) for over a year and it performed as promised. One thing that sucks: the lid on a used jar is impossible to open. A piece of cling film will between the lid and the jar will help a little preventing this.

I’ve used black POR-15 in this project for:

For the first time, I’ve also tried out Brantho-Korrux 3 in 1 because that’s available in any RAL colour you like. 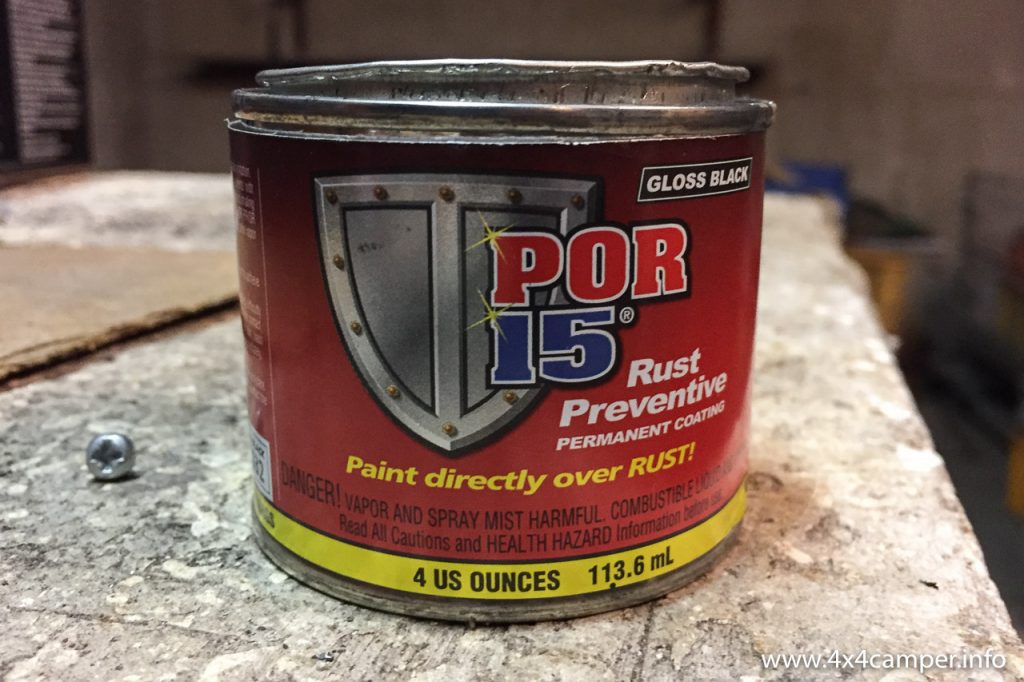 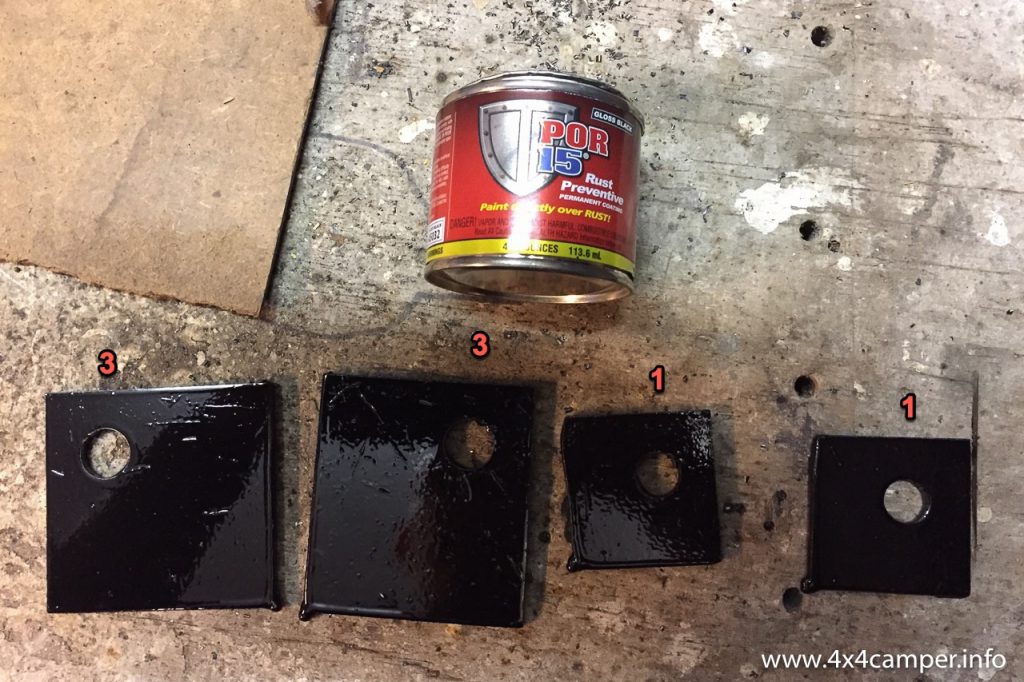