Limitations for the kitchen

The rear seats for the kids take up a lot of space, so the kitchen had to fit under the bed. I decided to make bed a bit higher than I normally would About 50cm was enough to house a small kitchen while still having plenty of space for sleeping without popping up the roof.

At first, I was thinking about a slide-out kitchen but that imposed some problems. The gas cylinder needs to be in an airtight storage compartment with a vent to the outside of the car to keep things compliant with dutch safety regulations. This rules out the option to put the gas cylinder in the slide-out compartment. Running a gas hose from a fixed compartment to the slide out kitchen along with electricity would be possible (with cable tracks for example) but in my opinion it would make the installation more fragile, complex and taking up more space.

The kitchen is now accessed by lifting a lid. Downside is hat I’ll have smaller bed while my girlfriend fixes me breakfast. The lid gives access to a 2 burner hob and sink. Two 12 liter water tanks are located under the sink for fresh and grey water. These tanks are a bit smaller than the ones I normally use because of the constraints I mentioned earlier. The lid also locks into three different angles so it can double as a backrest for the bench. I’ve used these hinges a lot in this camper. I’ve used a compressor drawer fridge as they are energy efficient and have a form factor that would easily fit in the small kitchen. It’s work in progress as I still need to build some drawers.

Our rental campers are supplied with a 5 KG bottle which are still 50% full when the season ends. To save space, I choose a 2.5KG gas cylinder for this project because this would be plenty for a few months of cooking. Dutch safety regulations demand an air tight storage compartment with a drop vent of at least 100 CM2. I used a vent with a 12,5 CM diameter resulting in a drop vent of about 122 CM2. The hole is cut right behind the left wheel arch. A coat of POR-15 and Tectyl offer rust protection. The gas cylinder is mounted to the floor using a strap and some feet to make sure the vent isn’t closed off. The compartment itself is secured to the wall and the floor of the van with screws and glue. The hinges of the lid are spring loaded to keep it closed. I also installed a latch after taking the pictures. 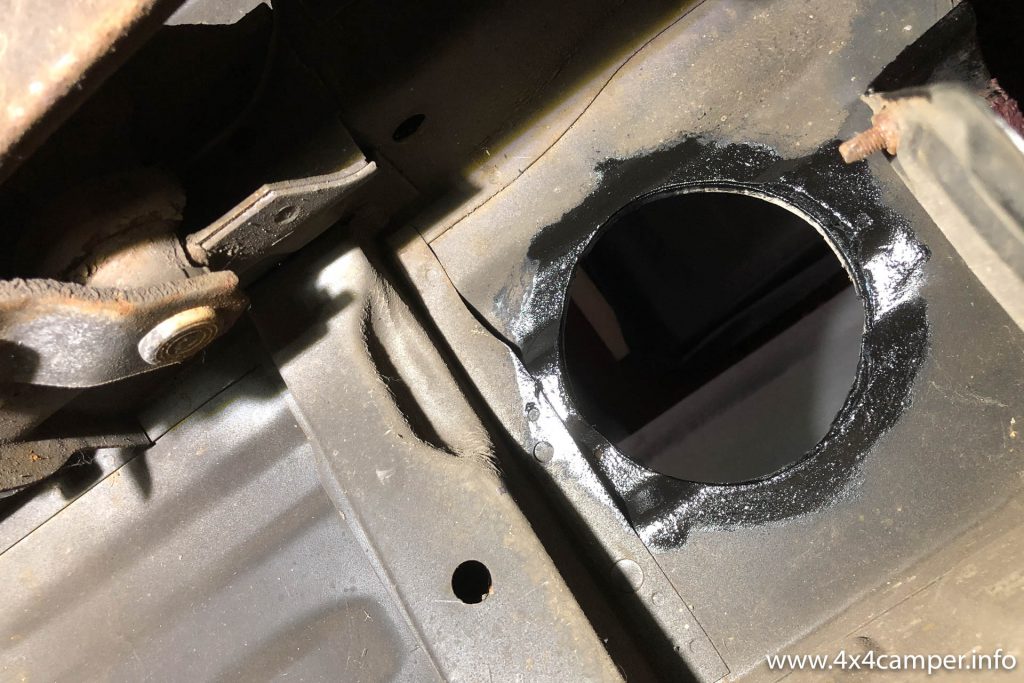 Hole in floor with POR15 applied 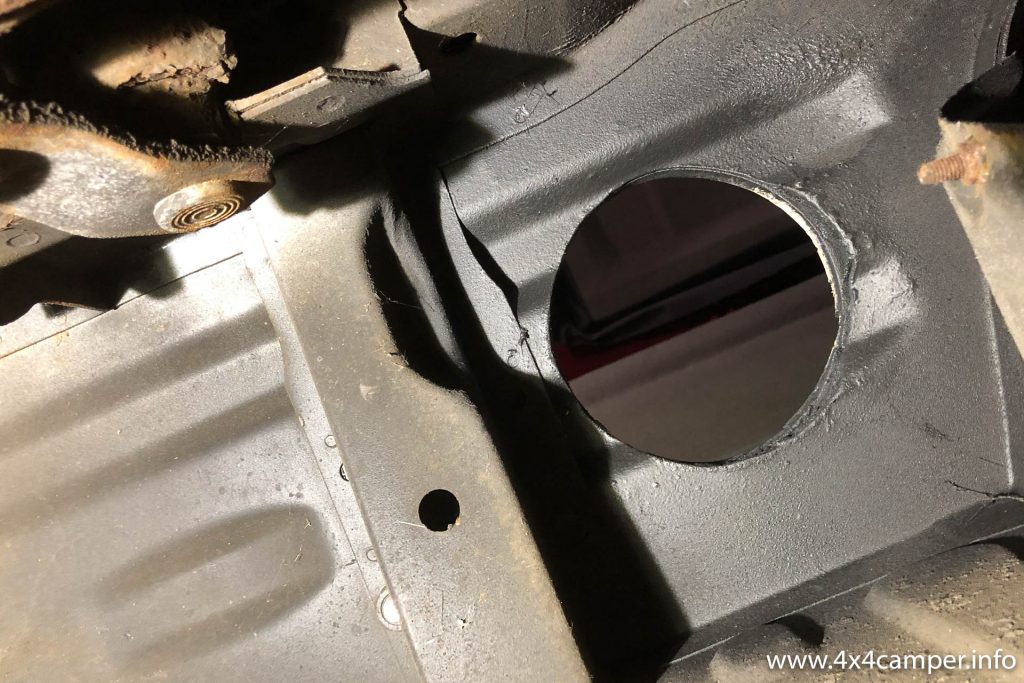 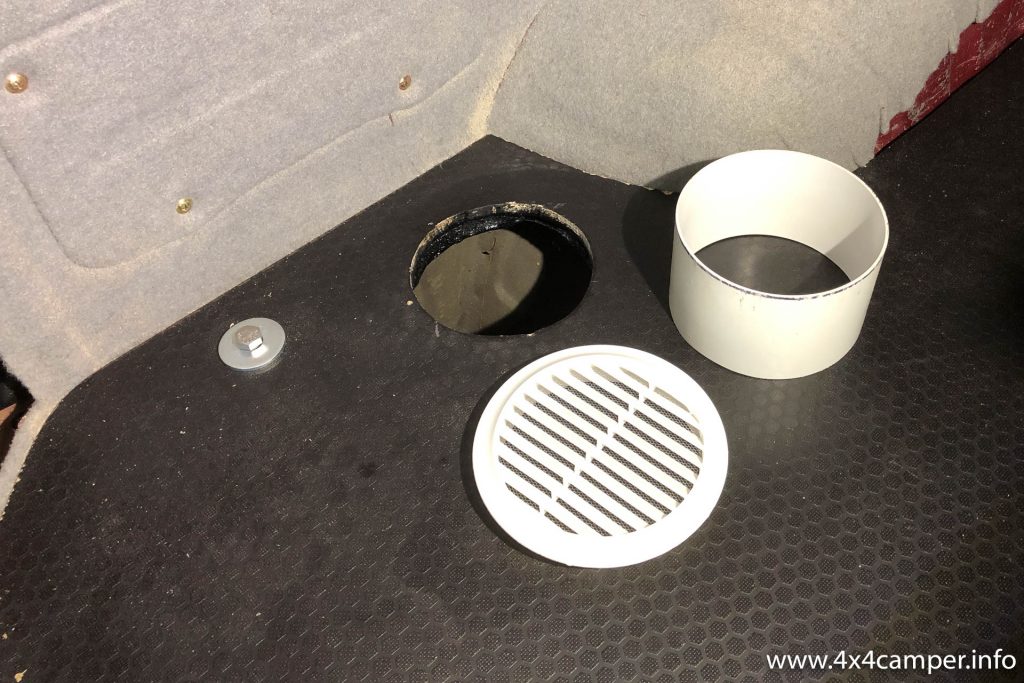 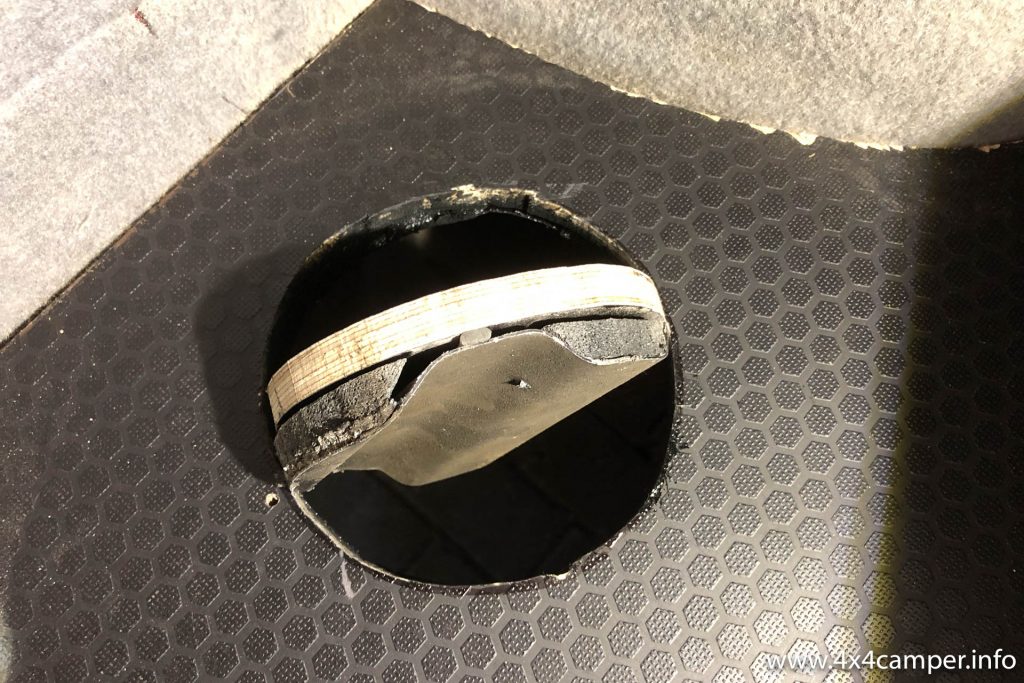 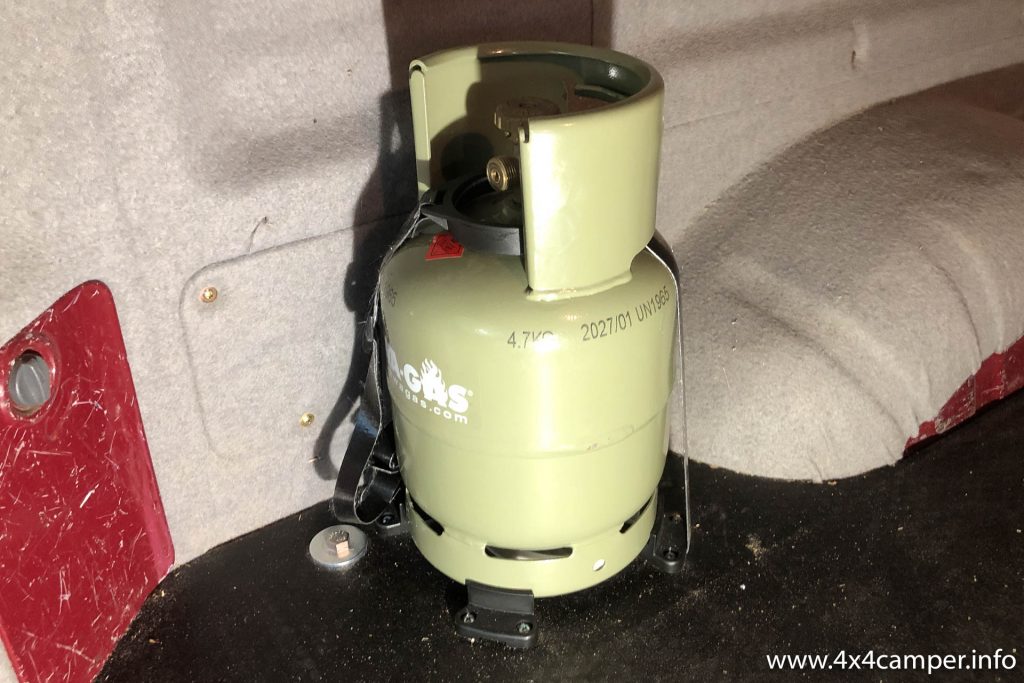 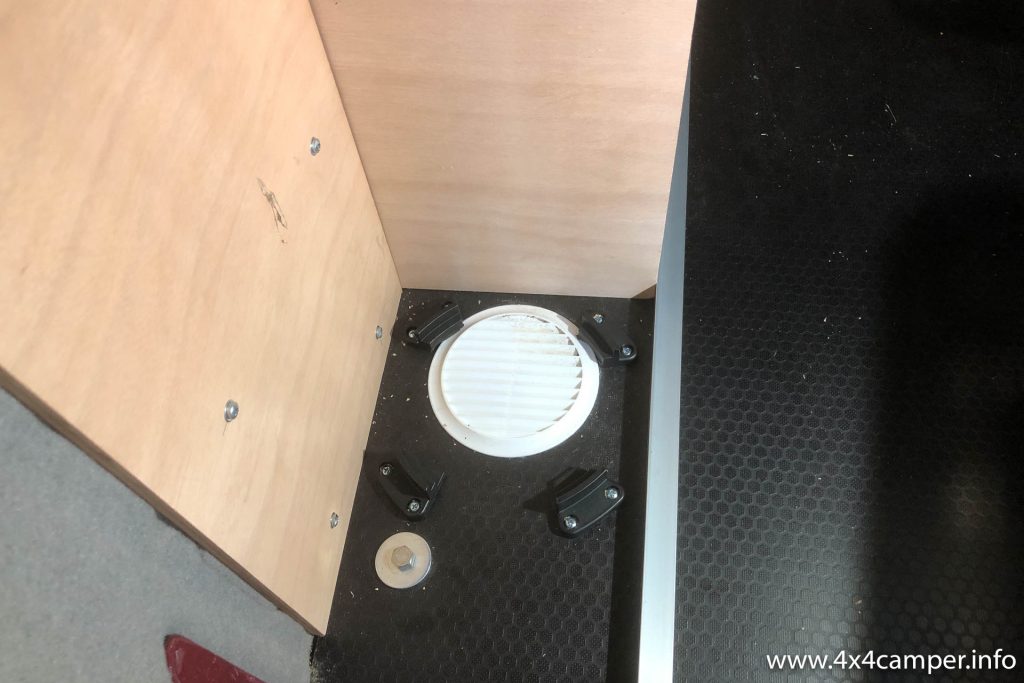 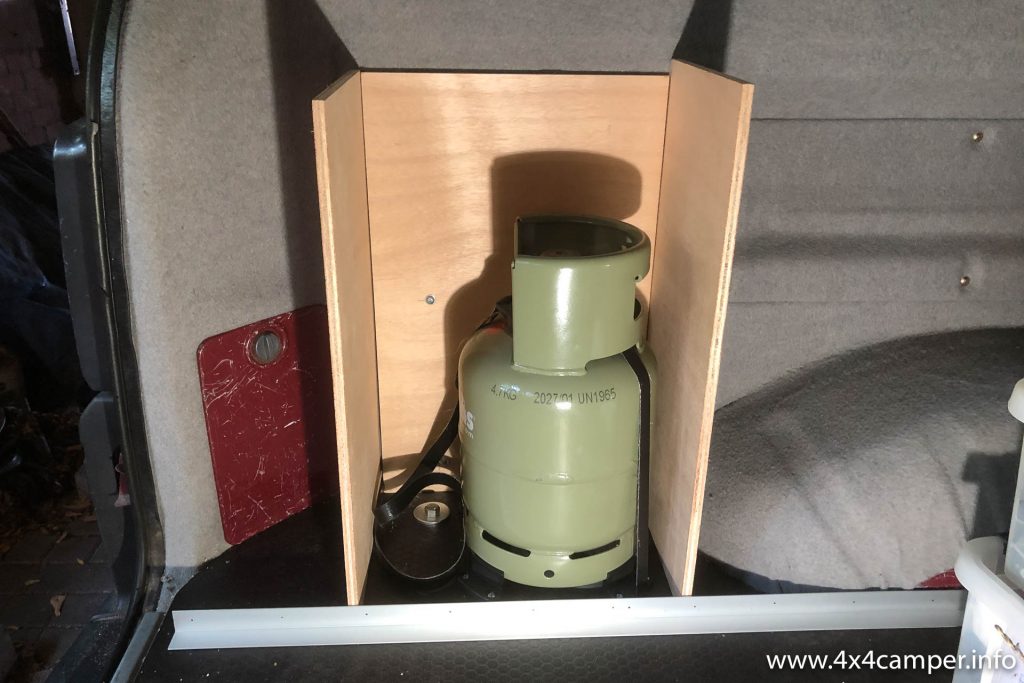 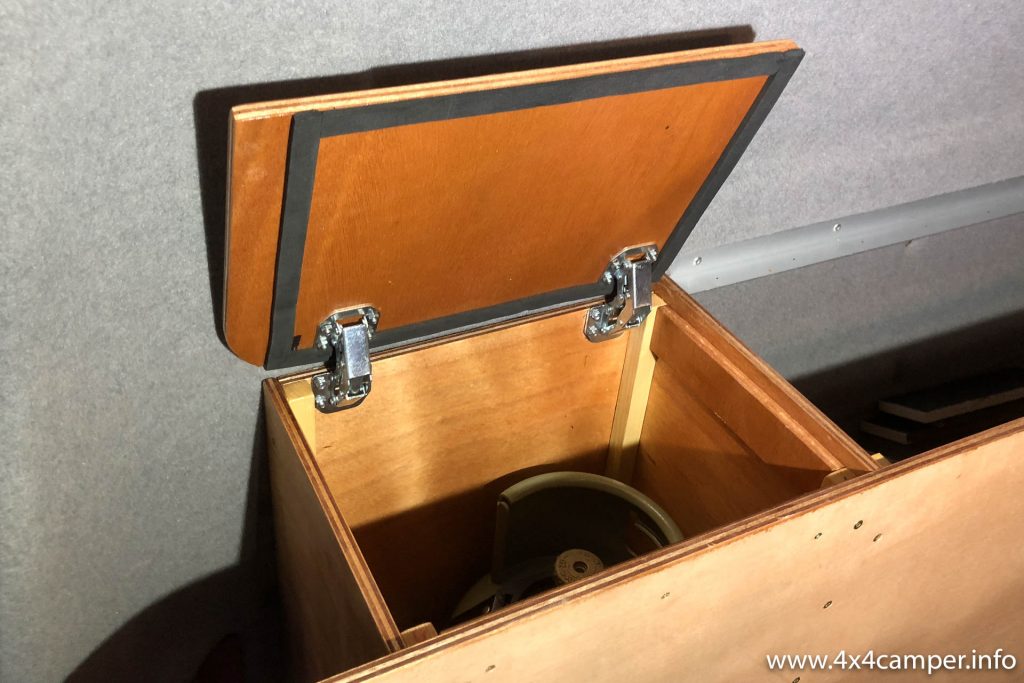 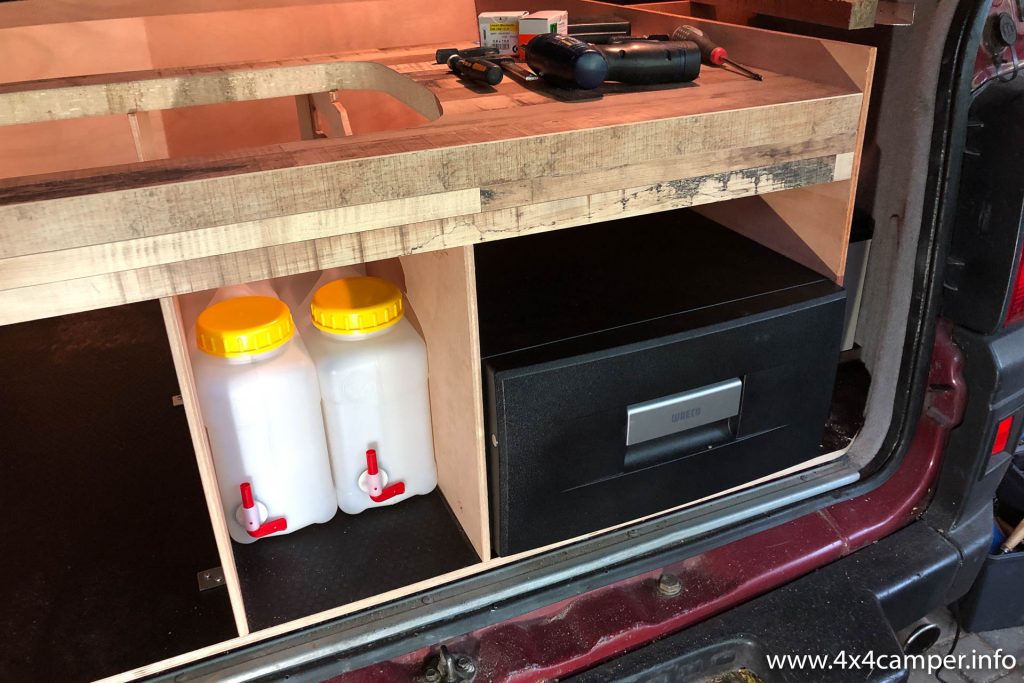 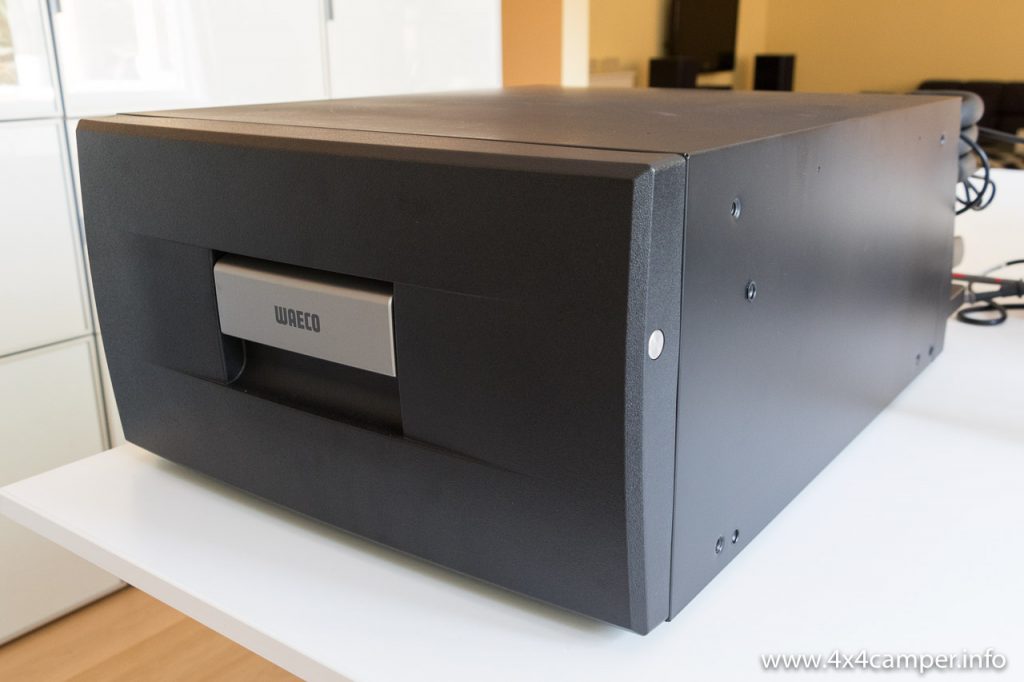 Front side of the Waeco CD30 fridge 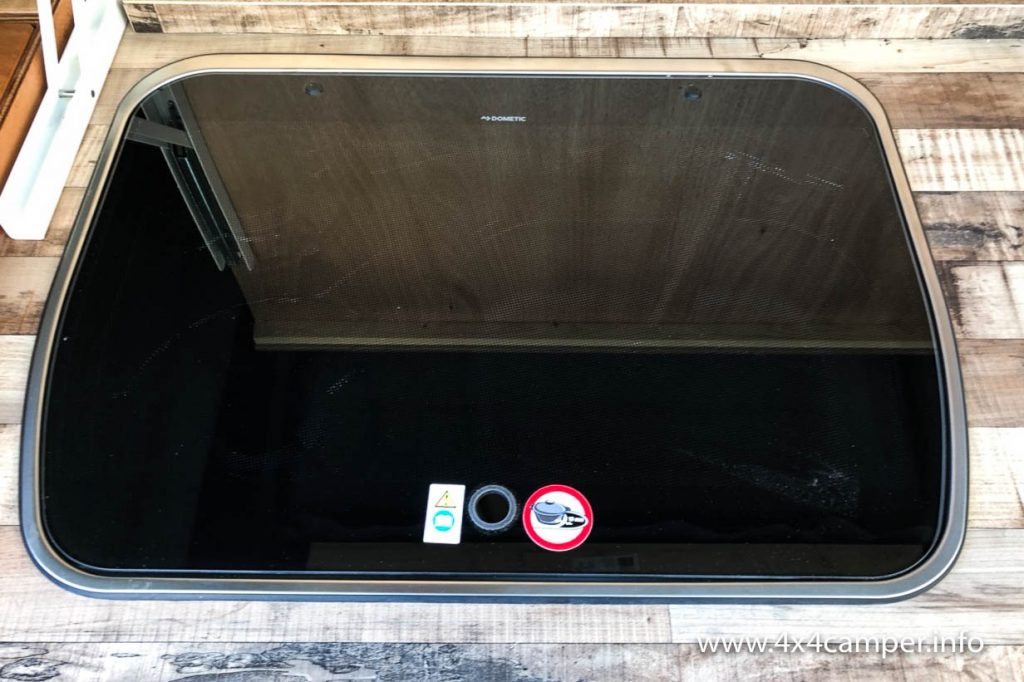 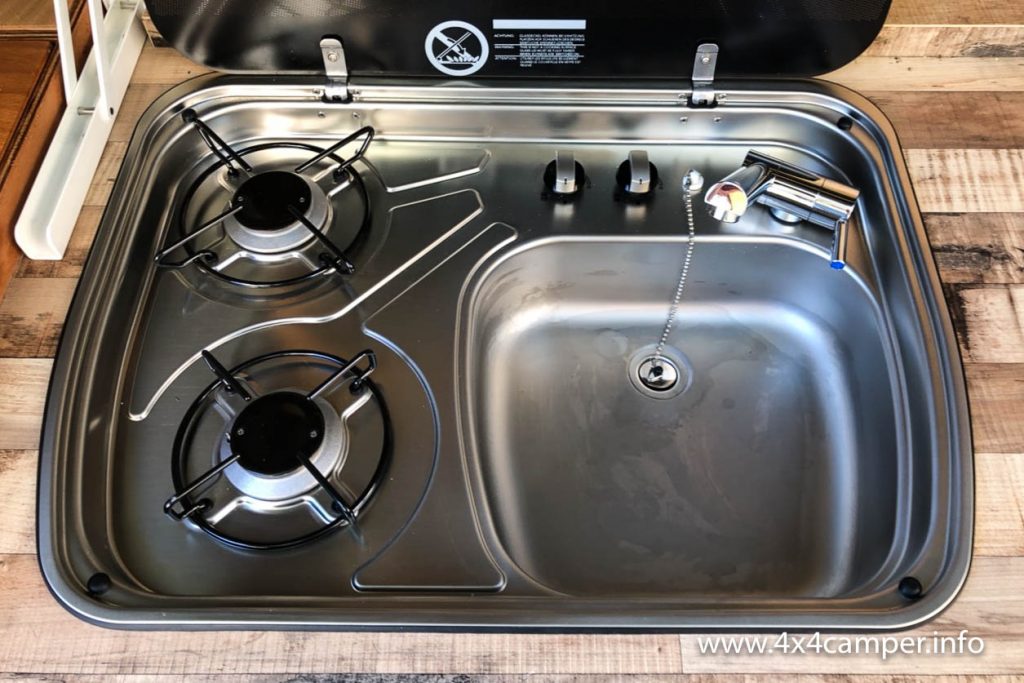 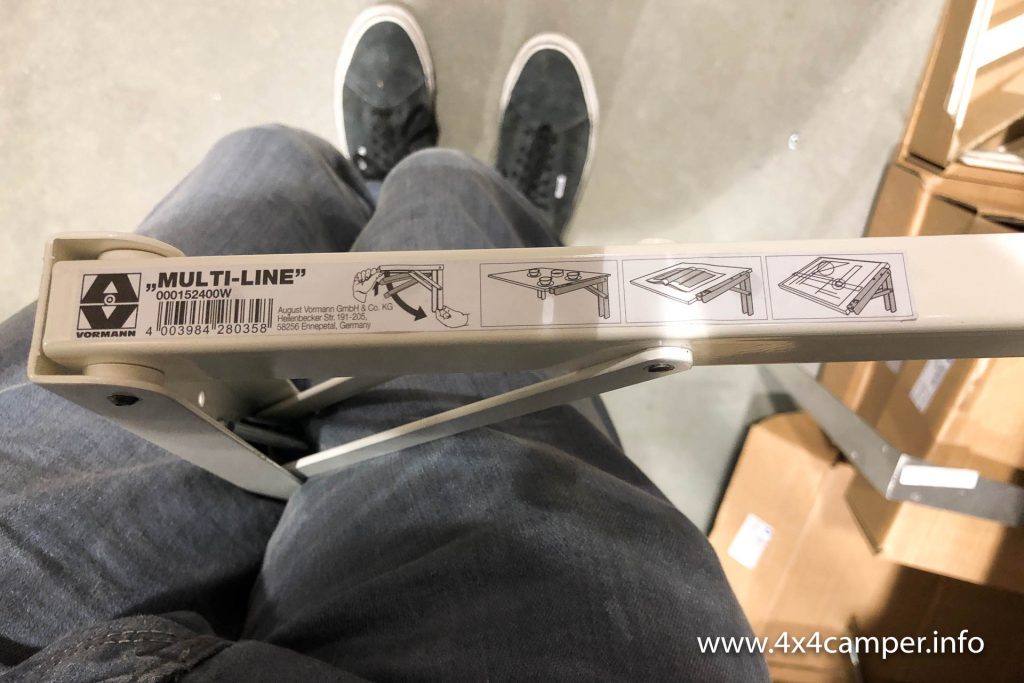 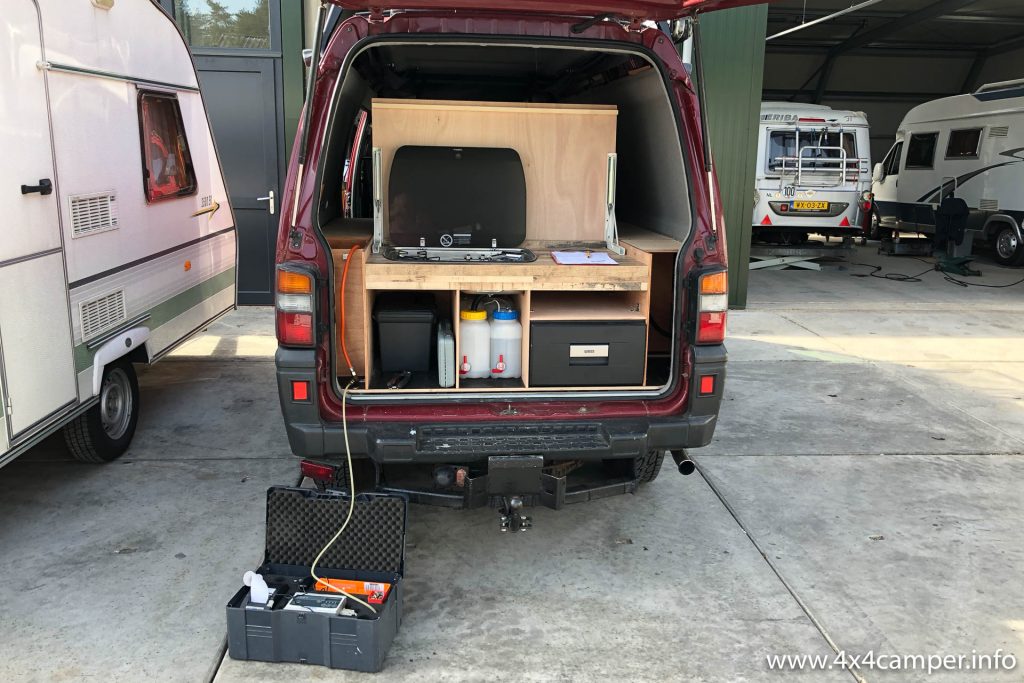 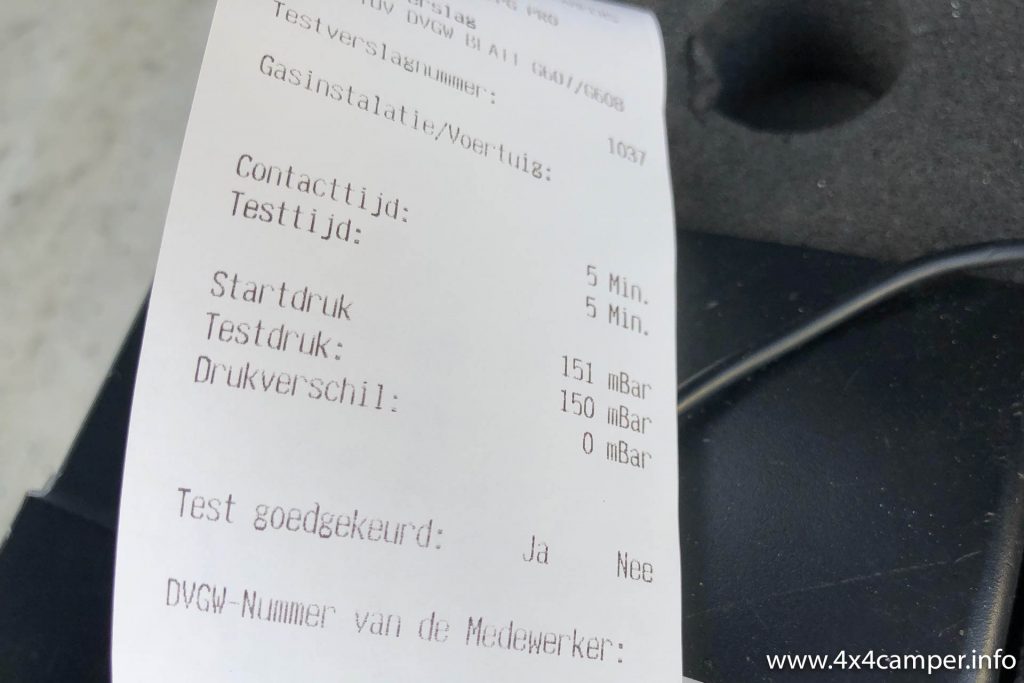